Horrifying truth about virgins of Paradise 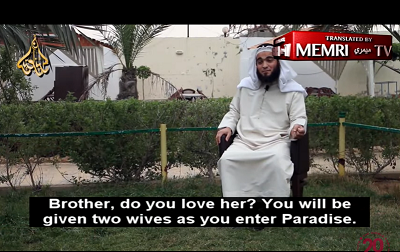 News from the concentration camp in Gaza, May 8, 2020, conveyed by the Islamic scholar, Ahmad Khadoura, in a sermon delivered in the open air in front of the ruin of his house. As this spiritual leader stated, because of the siege and the Zionist occupation, the number of virgins in Paradise was reduced from 72 to just two. The scholar didn’t say it straight out. The information was conveyed in a sermon extolling the beauty of Paradise and the excellence of the posthumously allotted virgins. Once again we hear assurances of the superiority of posthumous virgins over mortal ones. The promise of an everlasting sex life in Paradise is unchanging and as tempting as before, even if it’s definitely more modest. Ahmad Khadura said:

"Praised be Allah, who created the beautiful virgins of Paradise, who are as beautiful as rubies and corals. Allah created them for the believers - 'chaste, restraining their glances, untouched before by man or jinn.'

Brother, do you love her? You will be given two wives as you enter Paradise. There will be no menstruation, no childbirth, no saliva, no mucus, no urine, and no excrement. If a woman from the dwellers of Paradise were to merely look upon the people of the Earth, she would fill the Earth with light and with a wonderful scent. 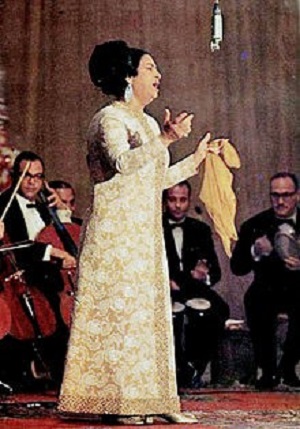 The virgins of Paradise will be jealous for you and they will sing for you. The Prophet Muhammad said that the virgins shall sing in Paradise. It will not be like the singing of Umm Kulthum or Abdel Halim Hafez. Oh you who were seduced by the obscene songs and you who listened to profligate songs, do not deny yourself of the singing of the virgins of Paradise with their pleasant voice.”

Not only did the news of the radical reduction of the number of posthumously allotted virgins of Paradise deeply move the believers, but the ruins of the Islamic scholar’s house were plundered by a thief from a Palestinian refugee camp. Apparently the thief had stolen four sex dolls made in China with Israeli electronics and Japanese software (with a recharging port and an option to upgrade software through a hole in the left ear). The scholar told the journalists that the sex dolls were probably planted in his house by the occupation as a part of its fight with the only true religion. He categorically stated that his ideal of virgins in Paradise is in no way connected to the break-in and that the thief’s claim that the dolls were found in his house might be an attempt to mislead the Hamas police. All the scholar’s wives assured them that his vision of the virgins of Paradise was true.

As the scholar refused to take back the recovered property, the sex dolls have become the property of the Treasury of the State of Palestine.  It’s not known yet whether they will be handed over to the Ministry of Religious Endowment or the Ministry of Natural Resources.