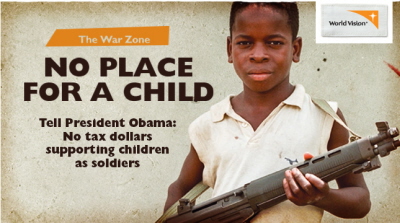 There is an organization with an intriguing name, “World Vision”. It’s very Christian, it helps children, it gets money from governments, from rich businessmen, from private people. Recently a New York Times correspondent wrote an intriguing story. She lost her way in the airport in Sydney and a policeman helped her to find the departure gate. On the way she mentioned that she worked as a New York Times correspondent in the Middle East, and the Australian policeman told her that for the last 13 years he had been sponsoring a child from a village on the West Bank. He had been sending $39 per month, but he never got any acknowledgement from the family.
The curious journalist found the village and the family. The family vaguely remembered that a long time ago a group of people came and took pictures of small children. They didn’t say why and the family was now astonished that somebody in Australia knew their name. Their son just turned 18 and he never got any money. 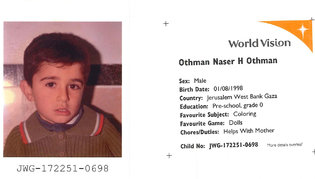 The potential sponsors get a photograph with an appeal: “Make me part of your family, and help me reach my God-given potential.” The Australian policeman reacted to just such a photo.

As we read in the article, “Joan Mussa, the director of public engagement at the organization, said donors sponsored 4.1 million children last year, to the tune of about $1.2 billion. The current roster includes about 40,000 Palestinians in the West Bank and Gaza Strip”.

The alarm bell from the NYT journalist coincided with the news of the indictment of the manager of this Christian organization in the Gaza Strip, Mohammed El-Halabi.

As reported by NBC, Mohammed El Halabi was arrested by Israel on June 15 and accused of funnelling the money to Hamas. He had run the organization's Gaza operations since 2010 and diverted around $7.2 million of World Vision money to Hamas each year. His lawyer claims that his client denied the charges against him and states that he is not a Hamas member.

The World Vision management issued a special statement and said that they were shocked to learn of these charges and that all their “Gaza operations have been subject to regular internal and independent audits, independent evaluations, and internal controls” so that the money would go to the appropriate recipients.    They also stated reassuringly that they will “carefully review any evidence presented to us” and they called for a “fair legal process."

Apparently the evidence presented by the Israeli authorities was so serious that the governments of Germany and Australia have already suspended their funding for World Vision’s operation on the West Bank and Gaza Strip.

Earlier warnings about the massive transfer of money from charitable organizations to terrorist organizations were not only ignored but even criticized. The Norwegian Refugee Council (NRC) stated some time ago that “existing counter-terrorism legislation hinders engagement with, and funding to, government ministries” in the Gaza Strip.

Major misappropriation of funds by such organization as Oxfam, Care, Christian Aid and UNRWA was known for decades. Every time the response consists of invoking the lofty and noble statutory aims of the organization. Similarly, World Vision reminds us in its statement that it is, after all, nothing but good.

“World Vision is a Christian humanitarian organization dedicated to working with children, families, and their communities worldwide to reach their full potential by tackling the causes of poverty and injustice.

We work in nearly 100 countries, serving all people, regardless of religion, race, ethnicity, or gender.

We believe in a full solution to poverty and injustice. We provide emergency assistance to children and families affected by disasters and conflict, partner with communities for long-term solutions to alleviate poverty, and advocate for justice on behalf of the poor.

Motivated by our faith in Jesus Christ, we serve alongside the poor and oppressed as a demonstration of God’s unconditional love for all people.”

A bit surprising are numerous claims about Israel as the source of all misery for Palestinian children. In 2012 the president of World Vision in the U.S. informed the World that Israel had prohibited Christians from Judea and Samaria as well as Gaza from celebrating Easter in Jerusalem; that year over 20 thousand Palestinian Christians visited Jerusalem during Easter. (After getting the documentation proving that he broadcast a lie, the president of World Vision didn’t correct anything). This Christian organization bankrolled a whole campaign called “Christ at the Checkpoint”. It was a smear campaign against Israel. And if anybody tried to find any criticism of Palestinian terrorism, either from Hamas or from Fatah, they would be disappointed. This Christian charitable organization is not bothered by killing Jews, nor did they seem troubled either by the use of the civilian population as human shields or by raising children on hatred and teaching them from kindergarten the art of killing Jews.

Is it possible that the leaders of World Vision really didn’t know that the bulk of the money given to the Gaza Strip does not reach the people for whom it is intended? It can’t be ruled out; they have boundless trust in their Palestinian co-workers whom they defended in their statement regarding accusations against the director of their Gaza office (they were only afraid that Jews would not allow for a fair trial). Is it possible that they do not know what the education of Palestinian children in the Gaza Strip and under the Palestinian Authority looks like, so that the children can reach their God-given potential? This is not likely; we have to assume rather that they approve of this education.

They probably have access to information published on Palestinian Internet forums about summer camps run by Hamas, “Pioneers of Liberation”.  This year the camps lasted two weeks and were attended by some 30,000 children and youths. Children developed their God-given potential by getting instruction in assembling and disassembling firearms and shooting as well as learning about religion and the history of Islamic battles. As World Vision officials could read in Palestinian media, “the goal of the camps is to stoke the embers of jihad among the generation of liberation, to inculcate Islamic values and to prepare the army of victory for liberating Palestine.”

Just the names of the camps must have been exciting for these World Vision activists, infused with Christian love. One was called “Knife Camp”, because stabbing with knives has become a prominent feature in the current wave of attacks in Israel. Another had the name “Soldiers of Al-Quds” (Jerusalem), and the third was named after Baha ‘Aliyan, a terrorist who participated in a combined stabbing and shooting attack on a Jerusalem bus on October 13, 2015, in which three people were killed and nine were wounded. 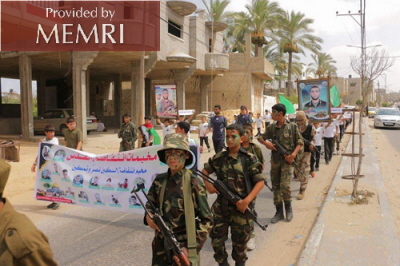 It’s difficult to assume that Christians so interested in the plight of children didn’t notice the idea of the “liberation of Palestine”, which is quite clearly interpreted as a “sea of blood” and the total annihilation of Jews in Israel. Having such a goal, children have to have not only a strong motivation but also relevant skills, and teaching these requires huge financial outlays. 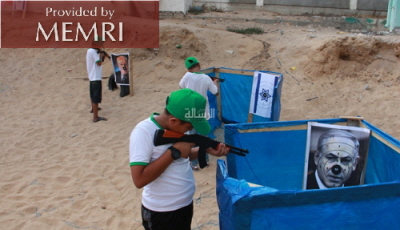 Of course, the infrastructure for it is necessary and the brutal occupier seriously damaged the infrastructure. The tunnels must not only be reconstructed but new ones must be built, and children must be well prepared to use them. 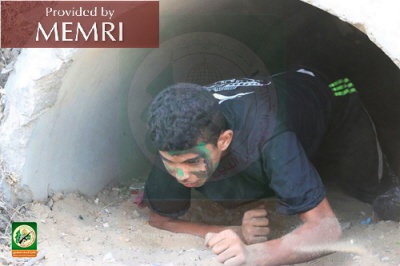 Even if the funds given to Gaza were used with some flexibility, the World Vision activists seem to be convinced that they were used for good purposes. 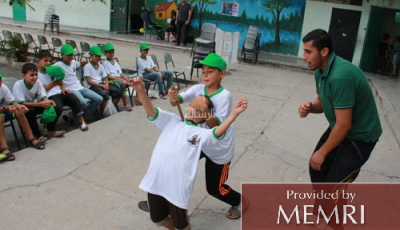 Is World Vision innocence incarnate, full of neighbour-loving Christians, or is it a cynical supporter of murderers? Is the case of World Vision isolated? Do Christian (and not only Christian) charitable organizations follow goals they declare in their advertisement brochures or do we rather have here a fully deliberate outsourcing of an old Christian murderous hatred?

I do not know the answers to these questions, but I do know how easy it is to get information about teaching children in the Gaza Strip if one only wants to get it.