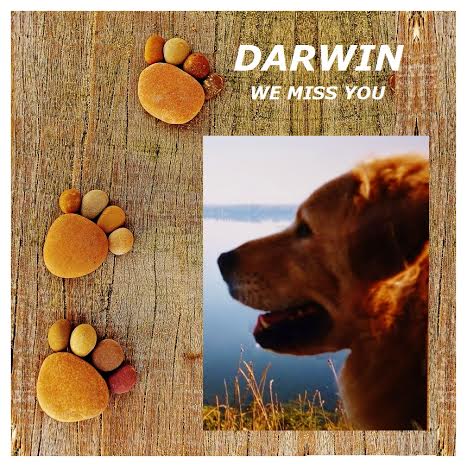 For some time now my dog, Darwin, has been seriously concerned about the attacks on Darwinism. Before, I have often heard how he giggled hearing what he considered the absurd assertion that we all descend from apes. He used to lift his heavy head and look with limitless contempt with an admixture of irony.

Being the product of both natural and artificial selection, as well as an inhabitant of a house containing a substantial library of works about evolution, he thought that although a human is the third chimpanzee and his nearest relative is Pan paniscus, he should know that he has common ancestors with the dog too, and furthermore should not deny his kinship with a lady-bird.

Lying on a sheepskin in front of the fireplace he sometimes pondered the treacherous, narcissistic human ego, which so often pushed humans into the trap of theology. "Humans cooked up the story that Nature was a thinking entity and that since the dawn of time it could think of nothing more glorious than a human being, and everything it thought out previously wouldn't even qualify for a dog's dinner. What strange creatures the humans are, sometimes they are like Pan paniscus and sometimes Pan troglodytes.

Attacks on Darwinism appeared even earlier. Let's be honest, humans didn't embrace Darwinism without resistance. The idea of their relationship with an ape filled them with abhorrence and they didn't even want to hear about one with a dog. Humans not only wanted to believe that Nature - after deep consideration - created them perfectly finished; Nature's whole purpose was to create them. Maybe that is why humans have such difficulties in understanding natural selection. Let's be honest, there is nothing purposeful in natural selection. Admittedly, there is an accumulation of usefulness. Those who are better adapted thrive better, and among those better adapted individuals some who are still better adapted soon appear - until they start to climb trees and a branch breaks under them. Nobody plans anything, because if somebody did it would probably end up like the Soviet Union. Well, this or that happens, and sexual selection encroaches on the foundation of happenstance."

Darwin licked his chops, wagged his tail and looked in my direction. "Then again in sexual selection purposefulness chases purposefulness. The first purpose is clear: to make us feel good. And why do we feel good? And what is the purpose of it feeling better with one female and not with another? I myself would not be so choosy, and here we have the marrow of the bone. It is worth considering the question of what the purpose is in being so choosy. There are various opinions, but some say that the females are keen on the ones who are better adapted. (If that were really the case all young dogs in town would be my pups, so there must be other interfering factors like fences, gates, lack of knowledge about my existence, and so on.) Here the purposefulness is quite different from the one humans dreamed up about Nature - that allegedly it desired with all its being to create such a freak as a human. Humans had sniffed out the matter very poorly, but luckily my spiritual ancestor, Darwin, told them that they were mistaken and that Nature and thinking don't mix. One could say that mindlessness is the actual essence of Nature. For a long time I thought that proper thinking started with the dog. Some suspect that this thinking goes paw in paw with sexual selection. I think therefore I am - Coito ergo sum. Sexual selection demands strategy, and strategy demands thinking. At the lower levels of evolution sexual selection is sort of accidental, devoid of all consciousness. Pollen goes with the wind and either hits something or it doesn't. However, natural selection was pushing everything in the right direction to make a whole strategy out of sexual selection, a whole game the purpose of which was to consciously serve those who are best adapted. And then came herd living, along with hierarchy and the struggle for power, so now the concept of God was needed. Snapping with your teeth was no longer enough, you had to combine snapping with care for your subordinates; coalitions of the weak appeared as well, and altruism as an essential complement to growling.

It seemed as if humans started to understand something of all of this, especially when genetics confirmed everything which had previously only been guessed, but suddenly there was a regression, and from every direction skunks attacked, who believed in every word in this ancient book that smells like an old ox. People like that have never dug up a bone by themselves, so they believe in the nonsense bound in ox skin. I thought I'd die laughing when one of those wise guys[1] said that dragons were dinosaurs, greedy for human virgins, so therefore humans and dinosaurs must have lived side by side. What a pity that there was no photographer around at the time! Something must have gone wrong if among humans those who are worst adapted turn out to be better adapted, as if Nature has gone crazy in her dotage. Admittedly, Nature has always been mindless, but to a such degree?

Worse still, the son of this scholar is busy training human pups and he was on TV. I didn't understand everything, but it sounded as if he said: 'Darwin, feel dismissed!' Once upon a time I heard something similar and nothing good came of it.[2] You open the door to stupidity just a crack and before you know it, it's coming through the doors and windows. I am warning you, people. Something here smells revolting."

[1] A Polish MEP and academic dendrologist, Professor Maciej Giertych, has said publicly that dinosaurs and human beings lived at the same time. He believes that the Loch Ness Monster is really a dinosaur. His son, Roman Giertych, is deputy prime minister and minister of education in Poland and an advocate of teaching creationism on an equal footing with evolution.

[2] Lech Walesa, as president of Poland, once fired an adviser - a very capable man - by faxing him the message, "Henryk, feel dismissed." 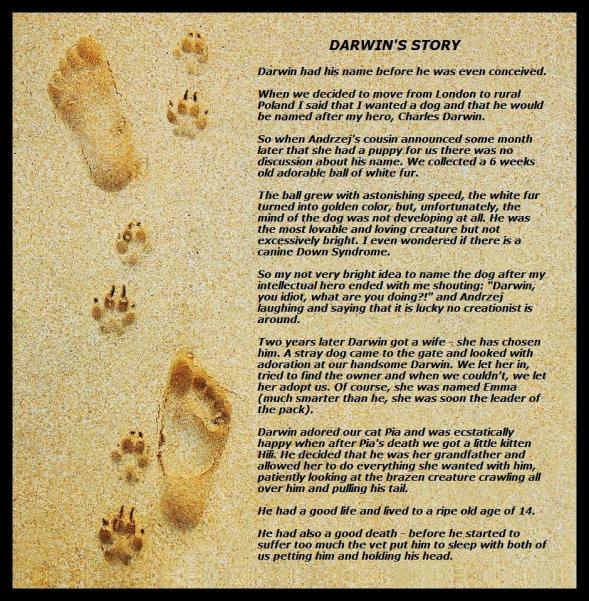